The quality of a large firm, the personal attention of a small one Contact Us for a Free Consultation*
Maritime Injury Lawyer Blog 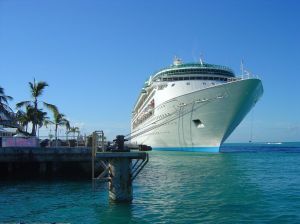 School is out, temperatures are soaring, and conditions are prime for water sports fanatics and families eager to spend some downtime on the high seas during the upcoming summer months. With the variety of onboard activities on the rise, it’s no surprise that the number of reported injuries is, too.

Whether passengers are testing their dexterity on the rock-climbing wall, perfecting their serve on the volleyball court, practicing their putt during a round of mini golf, or even learning to surf, the 11th Circuit Court of Appeals recently ruled that an “Onboard Activity Waiver” is invalid and unenforceable against passengers who sustain injuries while engaging in activities on the ship.

In Johnson v. Royal Caribbean Cruises, LTD, a passenger brought a personal injury action against the cruise line when she severely injured her ankle on a simulated surfing activity called “The FlowRider” aboard the Oasis of the Seas.

The “FlowRider,” as described by the cruise line on its website:

“The FlowRider sends a thin sheet of water up a sloped and (thankfully) cushioned platform to create a wavelike flow of water. . . After receiving safety instructions and a few tips for a successful ride from our instructors, you can let ‘er rip standing up (flowboarding) or lying down (bodyboarding)…”

The instructor in charge of the attraction violated safety guidelines when he instructed Johnson to stand on the bodyboard while he held it, a maneuver that deviated from its regular use. When the instructor released the board, Johnson fell and suffered a fractured ankle.

In Johnson, the lower court held that the “Onboard Activity Wavier” that Johnson electronically signed barred Royal Caribbean from liability as a result of the injuries she sustained on the FlowRider. By signing her name, Johnson agreed to release Royal Caribbean and its employees from actions “arising from any accident [or] injury … resulting from … [her] participation in any or all of the shipboard activities [she] has selected…”

The lower court also rejected Johnson’s argument that the waiver is invalid under 46 U.S.C 30509 (assuming general maritime law and admiralty jurisdiction is applicable) which prohibits regulations or contract provisions that attempt to absolve a defendant from its own negligence in the transporting of passengers between ports in the U.S. or between the U.S. and a foreign country.

Royal Caribbean was granted summary judgment on the grounds that the waiver was enforceable.
At the end of last year, however, the 11th Circuit Court of Appeals reversed the decision, ruling that the waiver signed by Johnson clearly runs afoul of 46 U.S.C 30509, a statute containing no exceptions for passengers engaging in activity which may be deemed ultra-hazardous or recreational in nature. Click here for full court opinion.

Although Royal Caribbean is the only cruise line that boasts an attraction like the FlowRider, (and it’s no wonder, with numerous injuries reported and even one death resulting from its use), if you are injured seriously during any onboard activity, consult a maritime lawyer to ensure that a waiver isn’t being enforced against you.